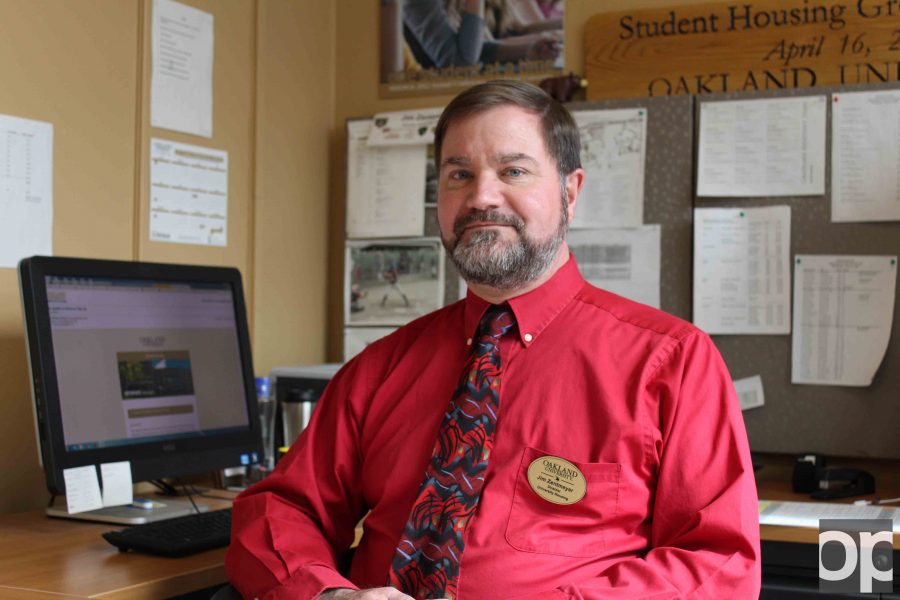 Oakland University Housing veterans are familiar with the emotional roller coaster of signing on to their computers at midnight, filling out a Housing contract and hoping they get a decent priority number.

This year’s returner sign-up took place at 12 a.m. last Wednesday, and hundreds of students were upset to find themselves locked out of the online system after staying up late to secure their Housing spots.

For those unfamiliar with the process, Housing’s returner sign-up determines who gets to live on campus next year and who doesn’t. Once the system runs out of priority numbers, the remaining students are put on a waiting list. Not everyone who fills out a Housing contract is promised a room.

Problems began last year when the Housing server crashed during returner sign-up. According to James Zentmeyer, director of Housing, OU had been using an outdated server for the process. So, when hundreds of students jumped on it at once, it froze.

While the freeze scared many students, OU had it fixed in under 10 minutes. It ended up not being a big deal.

To avoid a reoccurrence this year, Zentmeyer made sure OU used a new server.

“We started working on this year’s process the day after last year’s sign-up,” he said. “There was that seven-and-a-half-minute glitch, and the opening 30 minutes were very nerve-wracking. So, we went right out and replaced the out-of-date hardware we had been using.”

The opening 30 minutes of returner sign-up make or break it for students competing for limited spots in on-campus Housing. Those 30 minutes determine who is in and who is out. So, Zentmeyer and his team spent a lot of time making sure a server crash didn’t happen again.

And a server crash didn’t happen again. Something else did.

“I almost expected something to happen,” said Jessica Born, a resident assistant in Oak View Hall. “Everybody had their laptops out at like 11:45. Around midnight, I started hearing people freak out.”

The upset lasted almost an hour and a half, much longer than last year.

This time, the problem wasn’t the server.

According to Zentmeyer, the website provider included a line of code that searched for students’ photo IDs when they opened the Housing application.

OU doesn’t use a photo ID system, so nobody had a photo for the website to find.

With hundreds of people attempting to jump on the site at the same time, it crashed because nobody had the first thing it was looking for.

Every year, Zentmeyer stays up the night returner sign-up goes live. So, he was aware of the problem right away.

“The site just kept looking for that photo,” he said. “Some people got through, some people were thrown out, and some were just hung in the system.”

Zack Thomas, president of OU Student Congress, put out a petition the next morning. It calls for the university to:

Though the petition includes information about the faulty line of code, Zentmeyer contested Thursday that it contains erroneous information about what actually happened and partially blames the problem on Housing not fixing last year’s problem.

“I spoke with [Zentmeyer] the night of the registration error to get the run-down on what had occurred,” Thomas said. “We made sure to incorporate that information into the petition as to best inform the students.”

Thomas said he created the petition to hold Housing accountable for properly testing the site to avoid problems of any kind. He said it’s important to fix the problems now instead of waiting for something else to go wrong.

Just over 300 students have signed the petition.

How it’s being fixed

Because some students got through to the application right away and others didn’t get through until an hour and a half later, Zentmeyer knew the priority numbers would end up being unfair.

“We looked at everything from doing nothing at all to holding another sign-up, but that would be a royal pain,” he said. “We can see all student activity on the site down to a thousandth of a second. So, we are using the time when a student first tried to sign on.”

In other words, if a student tried to sign on right at midnight, but was booted out of the system, their original attempt will be honored when it comes to determining the student’s priority number.

The cherry on top? According to Rebecca Wickham, associate director of Housing, roommate matching and room selection should continue to move on the original timeline.

“I appreciate and applaud [Zentmeyer] and Housing for their efforts thus far to find a compassionate solution for our students, and for continuing to communicate in a transparent manner to students throughout this recovery process,” Thomas said.

Students who qualify to live in the on-campus apartments should receive their priority numbers the week of March 5. Roommate matching will happen March 6-7, and room selection takes place March 8-9.

Students who are involved with things like the Honors College or the International Village can live in living learning communities. There are also living learning communities for engineering, business, and pre-nursing students. Students moving into these communities next year can expect learn their priority numbers the week of March 12. Roommate matching will take place March 13-14, while room selection will be March 15-16.

Students moving into the residence halls will receive their numbers the week of March 19. Roommate matching will be March 20-21, with room selection happening March 22-23.

Wickham stressed that, although a student’s priority number may seem really high, there aren’t actually that many people ahead of him or her.

For example, if a student is grouped into Phase 3 and is priority number 700, hundreds of people will have already signed up for different types of residencies in Phases 1 or 2 by the time Phase 3’s room selection opens up. So, that student isn’t actually waiting behind 700 people for a spot in the dorms.