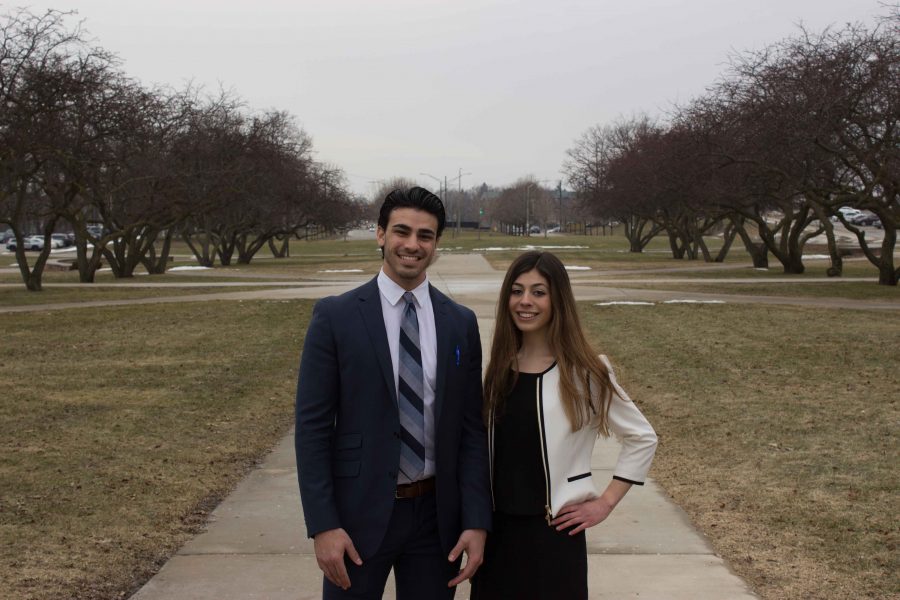 So far, Lena Mishack (right) and Jousef Shkoukani are this year’s only presidential and vice presidential candidates running in the student congress election.

The Oakland University Student Congress held an election kickoff on Thursday, Feb. 9, in Banquet Room A of the Oakland Center. The event, attended by a little over 30 people, announced the only candidate for OUSC president Lena Mishack and her running mate for vice president, Jousef Shkoukani.

Mishack, who is already a part of OUSC as the environmental, health and wellness director, is a senior who plans to continue her education next year. While the election marks Shkoukani’s first experience with OUSC, previously he was a part of Undergraduate Business Scholars, the vice president of Students for Orphan Relief and a member of Students for Justice in Palestine.

Mishack and Shkoukani have policy issues they want to tackle, including improving the parking situation, the Wi-Fi in the residence halls and student life.

“We’re really trying to figure out what it is students are looking for in our administration,”Mishack said. “We also want to share some of our ideas as well.”

While Mishack and Shkoukani run unopposed, Madison Kubinski, the head elections commissioner, did not rule out the possibility of an independent candidate running off the floor. However, any candidates seeking to do so would be at a disadvantage due to their inability to debate and their late entry.

Interested students can attend the open forum Feb. 27 for more information regarding the election and candidates. The election results will be announced Friday, March 31 in Lake Superior B. All students are welcome to attend.