Strip down for charity 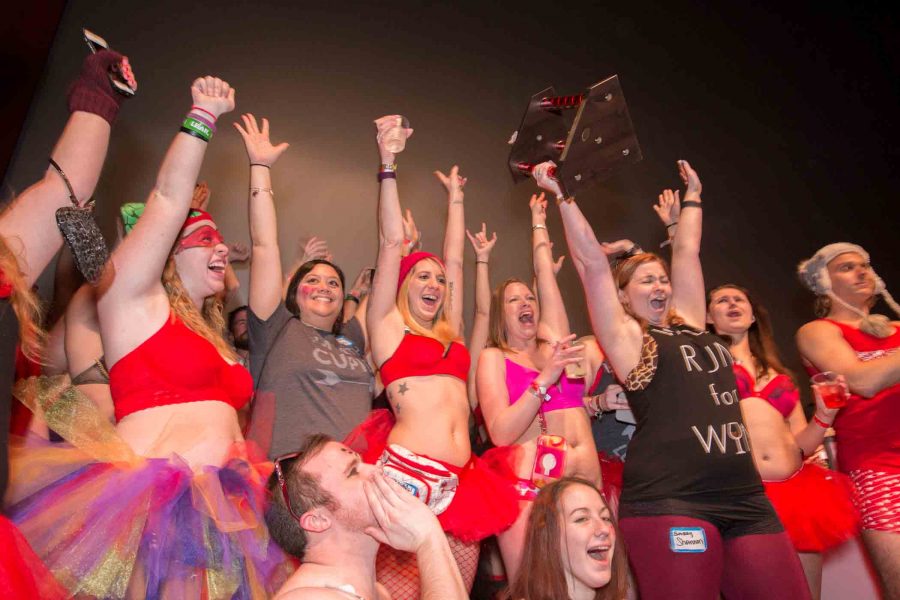 The 2016 Cupid's Undie Run was a mile-long run in Detroit on Valentine's Day to raise money for the Children's Tumor Foundation. The Undie Run party at The Fillmore.

Party in your underwear and raise money for a great cause? Now that’s a win-win.

There’s still time to register for the Cupid’s Undie Run, a “brief” fun-run on Feb. 11, benefiting the Children’s Tumor Foundation. Stripped down to their underwear, participants will have a lively time, as well as run a “mile-ish” long course at their own pace.

All funds go to CTF, the world’s largest non-government organization devoted to ending Neurofibromatosis. With no current cure, this rare genetic disorder causes tumors to rapidly grow on the nervous system and affects one in 3,000 births, according to CTF.

This national event takes place in 47 cities around the globe. This is Detroit’s fifth year hosting the annual run.

“Why do we do it in our undies?” asked Jamie Sedlacek, director of team member engagement at Rock Ventures LLC. “The children and adults living with NF can’t hide their tumors or cover them up to feel more comfortable. So, we’re baring it all to raise awareness and loads of cash to end this disease.”

The run starts and ends at the Fillmore Detroit. Doors open at noon and there is an awards ceremony at 1 p.m. Participants will be off to the races at 2 p.m., running throughout the downtown area. The event officially ends at 4 p.m.

To keep the party bumping, DJ Prevu and Channel 955 will provide music throughout the afternoon. Attendees can grab friends and visit the Booth Booth or TapSnap photo booths to commemorate the fun.

As an added incentive for enduring the chilly air, Tito’s Vodka will be there with drink specials and other treats. Hard Rock Café will also host a VIP lounge and open bar for those who fundraise $250 or more by Saturday.

“If you’re not a runner, that’s cool,” said Sedlacek. “The run is less than a mile. If you’re not a beach body, that’s cool. Our runners dress up in everything from just their undies to adult-size onesies and everything in between. The goal is to have fun while raising funds for a great cause.”

Last year, Detroit had around 1,200 registrants. To date, the city has helped contribute almost $1 million to Cupid Charities and is aiming to raise $280,000 this time around.

Quicken Loans is a major sponsor, and its chairman and founder Dan Gilbert is matching donations between $500 and $1,000.

Cupid’s Undie Run is the flagship event for Cupid Charities, which both began seven years ago. So far, they have donated over $11 million to fund clinical trials and research, and hope to raise another $4 million this year, according to their website.

There has been more NF research in the last seven years than the previous 20, with more than 33 clinical trials for possible drug treatments, according to Cupid Charities’ website.

Participants must be 21 to sign up. Registration is $35 and can be done at cupidsundierun.org/city/Detroit.