A definitive ranking of the cups of coffee on campus 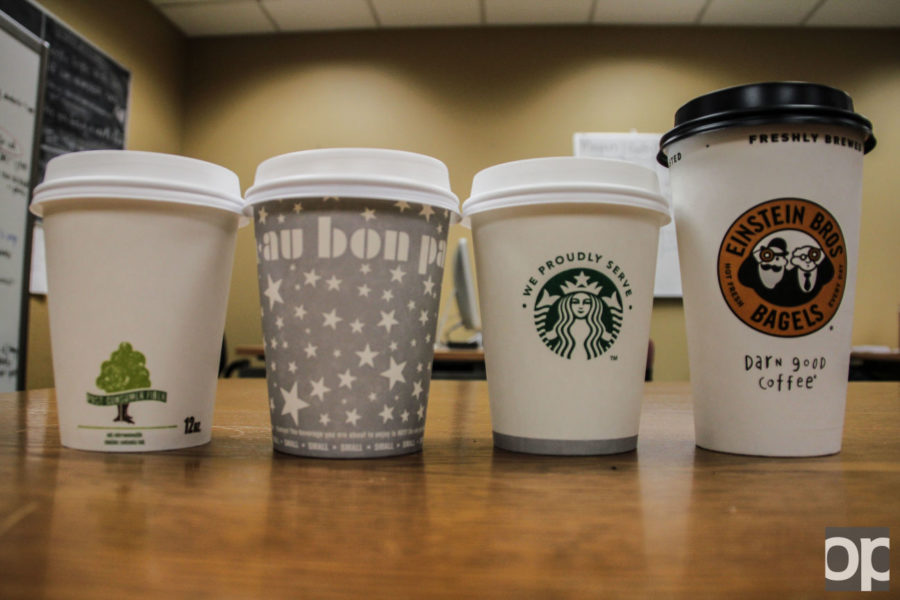 There are many different places at Oakland University to get a cup of handcrafted coffee and they vary in price and taste.

This week I ventured all over campus to find what I think is the best cup of Joe that OU has to offer. At each place I went to I got a dark roast or medium depending on what they had. I put the same amount of cream and sugar as I always do into each cup. Each cup was judged on price, availability of the stand and of course, how good it was.

Quick disclaimer, I did not include Tilly’s in Oak View or OutTakes in Pawley because the coffee at these places comes from a machine. I’m only judging cups that were made by people.

Healy serves Starbucks and it costs $1.86 per cup. Elliott isn’t too far of a haul and the lady at the stand was super nice. This only gets last place because the coffee was pretty strong, and that’s not my thing. But if you like strong coffee, Healy has your back.

Vandy doesn’t have awesome coffee, but it’s not exactly bad either. It’s Chartwells coffee, so nothing too fancy. Residents almost always have access to it, but unfortunately commuters can’t buy just a cup of coffee. But for those of us that live on campus, it’s a good go-to since it’s in the meal plan.

This is also Starbucks coffee, so it costs $1.86 just like Healy’s does. This wasn’t nearly as strong. It was actually really good. But the Human Health Building is further from the hub of campus than the rest of the stands, and it closes a few hours earlier  than the others do on Monday through Thursday. If you want this coffee, you have to get it by 5 p.m.

The last of the Starbucks on this list, it costs the same as the other two do. This was the only one of the three that had light, medium and dark roast, so there’s a coffee for every taste. These guys also gave me more coffee in my cup than the other two did, and it is the only coffee on this list available on Sundays. Plus the lady that got me my coffee was super nice, so bonus points for that.

Fun fact: Au Bon Pain is Panera Bread’s sister company, so we’re talking Panera-level coffee here, people. This was surprisingly the cheapest coffee at $1.79 a cup. It was good, not too strong and not too weak. They also have hazelnut coffee for those of you who are in to that.

While this is the most expensive at $1.99, it also comes in a much bigger cup than any of the others, so it lasts a lot longer. On top of that, I enjoyed it more than the others. They have more kinds of coffee to choose from than any of the other places too. There were at least four different kinds out when I went, but that might fluctuate depending on when you go. Plus the Engineering Center isn’t all that far. Congrats Einstein Bros., you win.

That’s that folks. What’s your favorite coffee on campus and why? Comment on this and let us know!