Professor follows in the footsteps of famous photographer 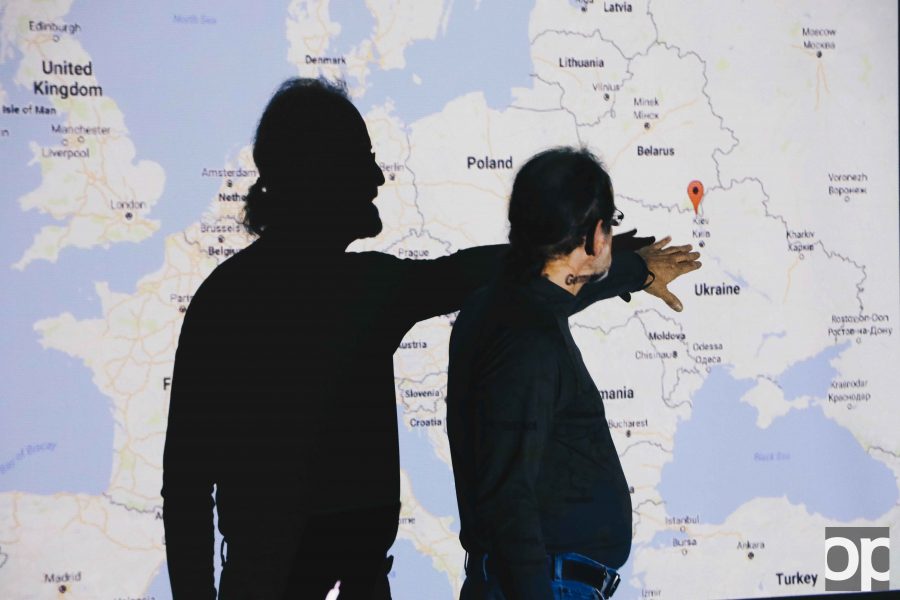 In places too dangerous for anyone to go, it’s both curiosity and hope for fame that attracts those who document these locations.

Professor Claude Baillargeon, a member of Oakland University’s art history department, recounted his experience going through an area so dangerous that access has been restricted for decades.

It was after an invitation by world-famous photographer David McMillan that Baillargeon was guided through the areas surrounding the site of the Chernobyl nuclear meltdown.

Chernobyl is considered one of the worst nuclear disasters, if not the worst, according to History.com. Entire villages in Ukraine were leveled, and countless lives were lost in the wake of a nuclear reactor surge near a heavily-populated area, according to Baillargeon’s lecture.

He presented some of what he thought to be the most striking dilapidations and progressions in the environment surrounding Chernobyl. These changes have also been the stated focus of McMillan’s more than 20 photographic expeditions.

Despite high levels of radiation, the wildlife and foliage of the area has progressed at an exceptionally healthy level, which Baillargeon said was due to the near-void of human contact with the area.

But possibly the most surprising aspect of Chernobyl is its recent reopening as a tourist destination.

With radiation levels that exceed 40 times greater than average background radiation levels people encounter in everyday life, the area is deemed safe for staying in up to a month, according to Chernobyl Tour, a tourist organization.

Much of the area surrounding the meltdown features elaborate memorials and commissioned murals painted by professional artists that also function as commemorations for the lives lost in the accident. Baillargeon provided pictures of the memorials in his lecture.

Baillargeon’s privileged access was a little more than just inserting himself into a tour group. He said that while photographing certain areas, the tour guides would yell that they weren’t supposed to be there, on some occasions.

Baillargeon showed some of the efforts being made to contain the radiation exposure. As of right now, a structure “the size of two Manhattan blocks” is soon to cover the destroyed reactor, Baillargeon said. Workers spend around 10 days working before at the site they return to safety.

This story was told to an audience that couldn’t be contained in the provided seating on Nov. 16. It was held in the OU Art Gallery and was titled “Spellbound by the Potency of the Invisible: A Chernobyl Travelogue.”