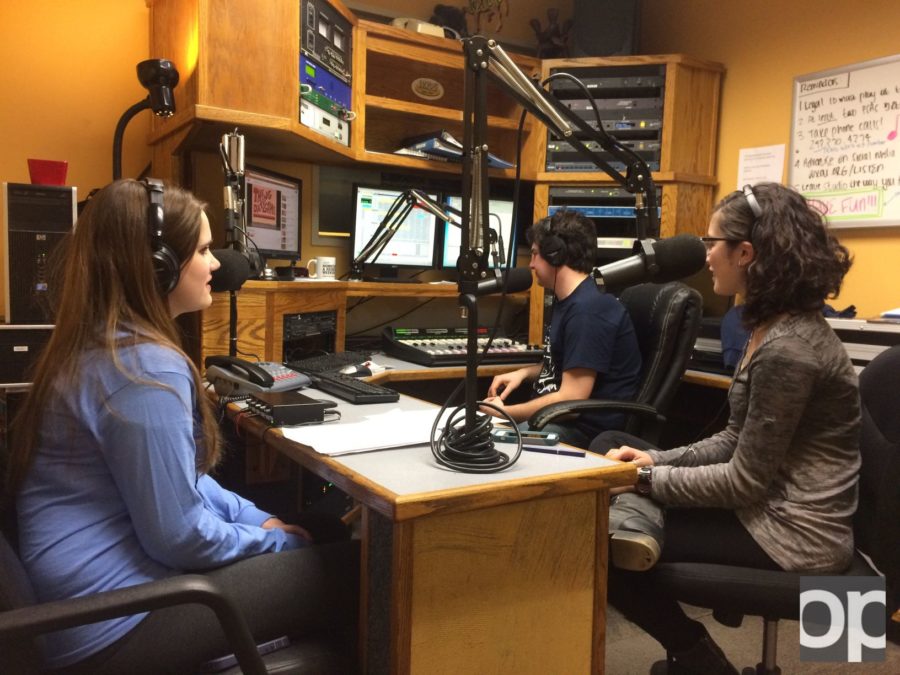 On a Monday, night one lucky lady had the chance to find romance in a fair, easy way. The catch? The three men she had to choose from to go on a night out to the movies were hidden away in a separate studio. No names and no titles were provided, just answers to her personal questions.

In a retro game show style, Oakland’s radio station, WXOU gives Oakland students a chance at love, or at least a free date with an interesting person, with the WXOU Dating Game.

The show garnered fans when it was originally run in February of 2013 and now that the radio station has brought it back they’re looking forward to gaining the same popularity it had before.

The game was fast-paced and equipped with quick wit, cute responses and humorous oddities that came out about the mystery contestants.

The female contestant on Feb. 22, Emily Farnam, was given the opportunity to ask the mystery men questions about their qualities, aspirations and ideal woman.

Then the light shifted to the men to ask their questions.  They asked questions concerning her personality traits, hobbies and possible offbeat adventures.

Farnam decided to participate after a friend told her about the opportunity and had fun in the process getting to meet new people and experience being on-air for the first time.

“I thought it would be a great way to get to know people on campus that I normally would not run into,” Farnam said.

The sorority sister wound up choosing none other than Student Body President Nick Walter at the end of the night.  When they were united they looked in total glee while planning their future soiree.

Who did the other contestants turn out to be?

After pulling together an amusing show, this edition’s host, Anthony Spak, went on to do a recap with the two contestants not chosen and other radio station personnel.

Farnam and Walter got to converse with each other and plan their date to go see “How to be Single,” a movie whose ironic title brought even more character to the show.

The triple crown station, awarded best Michigan College Radio Station three years in a row, had high ratings for the show back when it was originally being run and have high hopes for the renewal of the special Valentine’s day-themed series.

“We said this year, ‘Why don’t we revamp the dating game; get more people involved with the station’,” Anthony Spak, WXOU music director and host, said. “[The] little things like these special episodes are so fun.”

The show concluded with a giveaway of two Bill Nye tickets and a brief conversation between hosts Anthony Spak and Jimmy Kennedy.