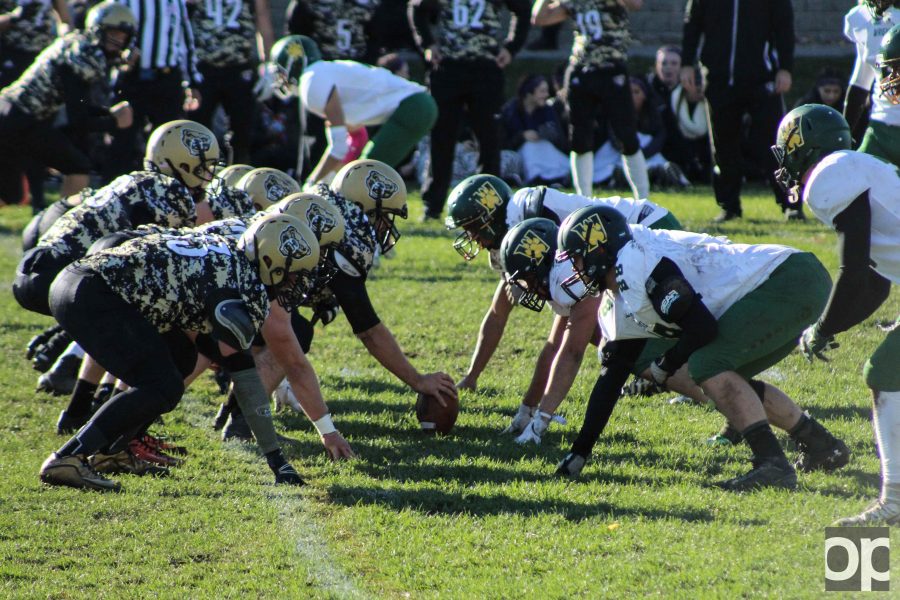 Going in, Oakland was ranked No. 1 in the week-five power rankings and coaches poll, while Wright State was No. 5 in both.

“Today’s game was a must-win for both teams in order to keep their playoff aspirations alive,” said Oakland head coach Tom Menas.

Oakland and Wright State have a rivalry against each other that started in 2013. The teams have now played each other four times, Oakland winning three times.

Wright State’s starting quarterback Forrest Cordova returned to the field on Saturday. Cordova was leading the National Club Football Association in passing touchdowns and passing yards coming into the game, according to Oakland club football’s Facebook page. Oakland expected a lot of passes.

According to Nic Bongers, adviser for the Oakland team, the Golden Grizzly defense rushed the Wright State quarterback 26 times, made three interceptions, and blocked a punt and returned it for a touchdown. The defense also forced two fumbles, made three fumble recoveries and made four sacks.

“Our defense played exceptional[ly],” Menas said. “I think [a standout] would be Brian Khashola, who played a great game again for us.”

According to Bongers, the Golden Grizzlies put up 166 yards of offense in the game –– 93 rushing and 73 passing. The team lost 105 yards on offensive and special teams penalties.

Bongers wrote in an email that five of Oakland’s starters were injured, prompting Andrew Corcoran, a member of the 2014 championship team, to play offensive line, coming out of retirement.

Club football plays at University of Michigan-Flint at 1 p.m. ET on Saturday, Oct. 29.