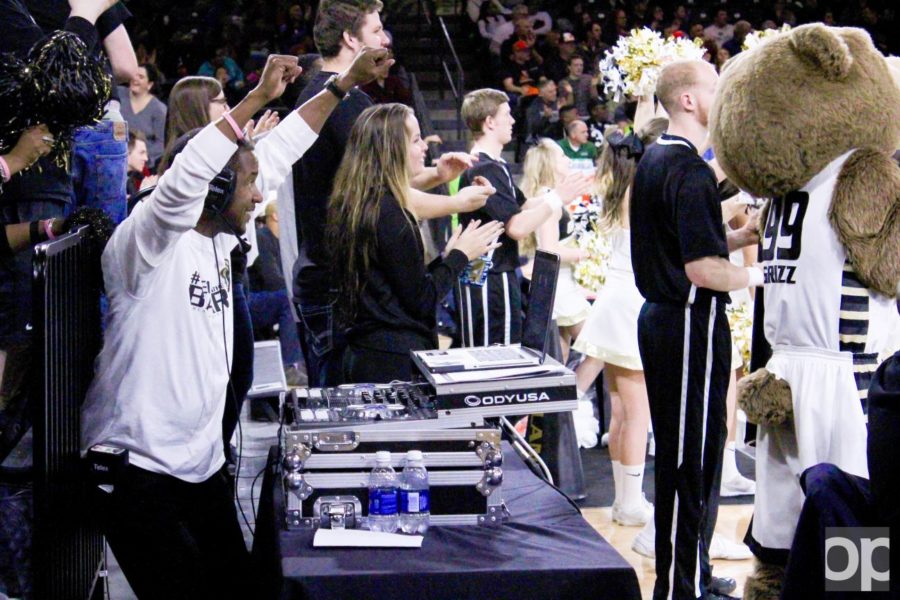 In the O’rena, there is an undeniable atmosphere of excitement: the subtle talks of anticipation, the dribbling of basketballs during the warmups, the amplified bass of the music.

Whether you realize it or not, there is a team that orchestrates this ambience, and for them, basketball is not just a game. It is a family for the workers, a dream for the players, a spectacle for the fans.

A big part of the environment is music, but it’s not enough just to play songs. It is crucial for the music to mesh.

Oakland University Athletics Coordinator of Marketing and Promotions Taylor Blakely and his team play a major role in creating and improving the night.

“We wanted to do something to change the atmosphere,” he said.

This is where a DJ comes into play. The DJ controls the tone, timing and choice of music presented in the game of hoops.

Earl McKinney, aka DJ Earl, syncs his music to take the game to another level. He is the official disc jockey for the men’s and women’s basketball games, and sets up in front of the Grizz Gang.

“To add excitement is vital to the game as I feel the student body, fans and supporters are the very crucial ‘sixth man’ by cheering the players on,” DJ Earl wrote in an email. “The more active and loud the O’rena is…the better.”

The beat, melody and lyrics can all come together to excite the fans and focus the athletes.

“College basketball is every bit as exciting as any pro [game],” DJ Earl wrote.

He started as a DJ for the Detroit Pistons and Shock.

The Space Jam theme song and “Basketball” by Bow Wow have depicted the game for many years. Today’s generation connects hoops to “White Iverson” by Post Malone and “Jumpman” by Drake and Future.

It’s a collision of two different cultures, basketball and music.

“Players pretty much love any songs by Drake, Future, to Nicki Minaj and Beyonce,” DJ Earl wrote. “Their taste is impeccable.”