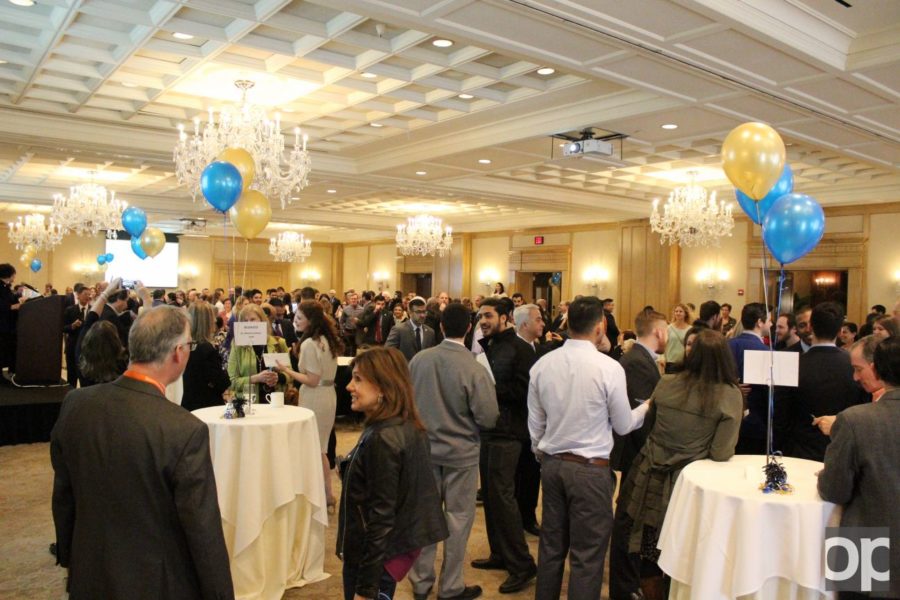 Friends and family of the OUWB class of 2016 gathered at the Townsend hotel in Birmingham for "Match Day", where the seniors discovered their residency destinations. For more photos, visit our Facebook page.

Tears were shed, hugs were given and congratulations were exchanged at Friday’s Match Day for the Oakland University William Beaumont School of Medicine Class of 2016.

At exactly noon, the OUWB graduating med students, along with med students across the country, opened an envelope containing the information of where they will be completing their residency.

The room was full of anticipation as students counted down from 10 and opened their envelopes.  Surrounded by their family, friends and mentors, these students experienced this defining moment in their careers.

It was a moment where dreams came true for many, including Roslyn Oakley.

When Oakley was finally able to open her envelope she stared down at her paper and read exactly what she was hoping to read.

“I’m going to Stanford,” she said.

Her words were met with tears of joy from her surrounding loved ones.  One very important person in the crowd beamed with pride, her mother, Barbara Oakley, who is a professor in the engineering department at Oakland.

“We are just thrilled,” Barbara said.  “Watching as they are dosed with this overwhelming deluge of information and learning how to handle it […] I was very impressed with how organized the program is.”

Roslyn, more commonly known as Rosie, said she was “over the moon” with the news.

“Opening the envelope and seeing that there I almost couldn’t even believe it for a moment because it was my number one and I am just thrilled,” Rosie said.

According to the Dean of OUWB, Dr. Robert Folberg, students play a small part in the decision when it comes to the match process.

“Students interview and then they rank the preference of where they would like to go,” Folberg said. “At the same time, the organizations rank the students in the order of how they want them.”

Students from the class of 2016 are being sent all over the country.

Nine students were matched to Beaumont Hospitals and seven to the University of Michigan.

Folberg says the administrators only find out where the students are going hours before the students do. Match Day is one of the most anticipated days in a med student’s career.

“For the students, yes [there is a lot of anxiety about today],” Folberg said.  “For us [professors], no because we’re confident in them.”

Dr. Angela Nuzzarello, the associate dean of student affairs and associate professor of psychiatry for OUWB, knows how much this day means to the students, but says it is touching for the administrators as well.

“I’ve been through many match days and every one is exciting and joyful,” Nuzzarello said.  “To see them come in and not really have an idea of what med school is all about and its like the time goes so fast and here we are three and a half years later and they’re ready to specialize […] it’s very touching. Part of me is excited for them and part of me is sad that they’re leaving.”

The students ran all around the banquet room of the Townsend Hotel in Birmingham exchanging congratulations with their classmates.

“It is very typical for OUWB where everybody is here as a group,” Oakley said. “Where everyone gets to mingle together and be excited for each other in this fun communal environment.”