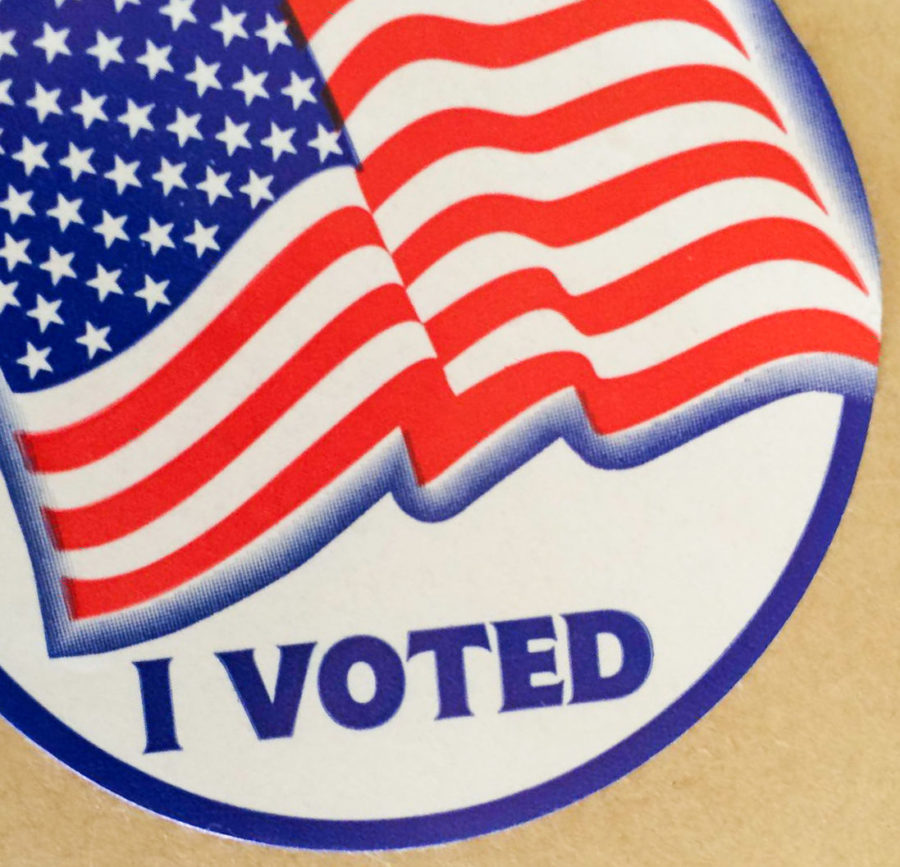 Registered voters in the Michigan primaries who casted their ballot last week received a sticker.

In the March 2 issue of the Oakland Post, Professor John Stoll reported that of 157 Oakland University students polled, 38 percent were undecided on a presidential candidate.

Several students stated that they did not know enough about the race to properly choose a candidate.

Student organizations like College Democrats of Oakland University and College Republicans are attempting to inform the campus community on politics and encourage everyone to get out and vote.

Both student organizations hold special events in which speakers like local business owners and state representatives come and speak to the groups on current issues.

According to Stoll’s poll, hot topics for college students in this presidential election are the high cost of tuition, health care and immigration.

Despite these important issues facing the college demographic, according to Tyler Fox, president of College Democrats of Oakland University, in 2014 during a midterm election, only 10 percent of college-aged citizens voted out of the 25 percent total number of people who cast their ballot.

So why are students not voting?

“When people think about politics, they think about D.C.,” Andrew Baker, president of College Republicans, said. “They think about international policies that don’t affect (them). But in actuality, politics affects everything.”

Fox believes that a lack of faith in the system is to blame.

“For the longest time, college students in my generation have been told that the system is broken,” Fox said. “That the system will never change and that there is no point. As a result, it’s fulfilled itself.”

Student organizations like Fox’s and Baker’s aim to educate students about the importance of politics and making informed decisions.

College Republicans host debate-watching parties where students can discuss the policies and topics mentioned during the debate.

The group is also able to put students directly in contact with certain state representatives for any questions.

College Democrats of Oakland University circulate a newsletter and inform students through their social media pages, as well as hold general meetings.

Both groups provide volunteer opportunities for different political campaigns in order to get students directly involved in the political process.

Beyond these two groups, there are other student organizations like Pi Sigma Alpha and Student Congress dedicated to educating students.

“People don’t think it affects them,” Baker said in reference to the voting process. “That’s clearly not the case.”

“They’ve (students) been told that their vote does not matter when, in fact, their vote matters more than anyone,” Fox said.

There is always more that can be done when it comes to becoming an informed voter. Reach out to student organizations, register, educate yourself and vote.