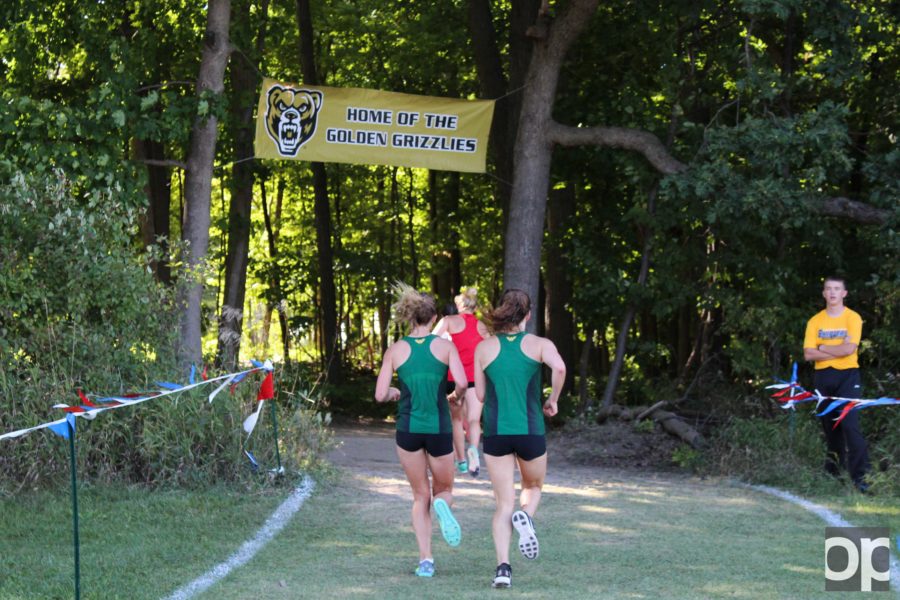 They made it look easy. Oakland absolutely dominated its own cross country meet, the Golden Grizzly Open, on Friday, Sept. 2.

The women’s team won with 16 points. Detroit was in second with 49.

The men’s team won with 22 points. Detroit was in second with 55 (tied with Oakland’s unattached runners).

“It went a lot better than I thought,” sophomore Levy said in the GrizzVision interview with Mekye Phelps. “We’ve had a lot of hard training this past week, so my legs are definitely feeling it. But I pushed through it, and it went well.”

“We’ve had a pretty rough last three weeks,” redshirt junior Stroede said in the same interview. “I’m a little tired. But [we] went out and had a good performance as a whole. I mean five guys crossed the line at the same time, everyone else right behind. So the team ran really well today. That’s the big thing moving forward. Just keep it together and run it as well as we can.”

Head coach Paul Rice laid out the prescription he used for the last couple of weeks of training: Some high-intensity work and some high-volume work. A little bit of everything.

“We came back from summer and we shocked their systems a bit,” he said in the GrizzVision interview. “You never know exactly how they’re going to feel on a day like today.”

But he was glad his teams performed.

The men and women followed that plan on Friday, he said.

“Next week we’ll see where we’re at,” Rice said. “We’re only going to have a handful of women at the Tommy Titan [Invite], everybody else will not race again until Notre Dame. September’s a big month for us: high-level training, getting back into school. It all has to start coming together in September to set us up for October.”

The plan is there, he said. What follows is to stay healthy and do it.